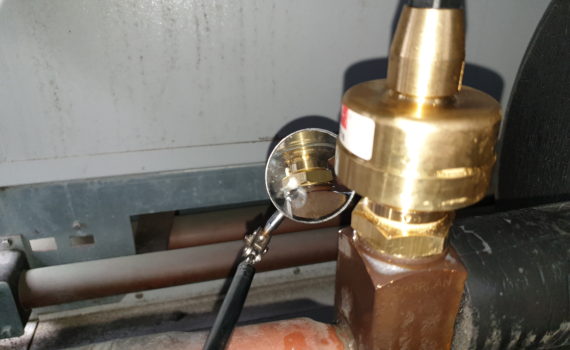 Chilled water system EEV service was being carried out because the mechanical parts had failed. This particular valve is prone to this fault. It is an OEM part so our technician found the voltage for the motor and found a similar part with the same amount of steps

The EEV driver was found to be functioning satisfactorily during the chilled water system service. Sometimes, depending on how the mechanical part of the EEV has failed, the driver can be overloaded and burned out

Where electronic parts, such as the EEV driver, are found to be burned out- Maximus Chillers has a refurbishment laboratory at head office. We have the capability to strip down the component and fault find where it has blown. Usually it is quite simple: the jammed mechanical part of the electronic expansion valve has burned out the power control on the driver for example. More complex fault finding and component replacement on the circuit board can be carried out also. Another option is to replace the driver with a like for like swap or retrofit to a different driver

The chiller was pumped down and valved off. This saves on the time and recovery vessel to pump the refrigerant out

Once pumped down, our engineer removed and replaced the valve, sealing it on it's knife edge seal. The wire was passed up the conduit and into the panel. The wiring colour scheme was different on the new valve, so some time was taken to ensure it was wired up correctly 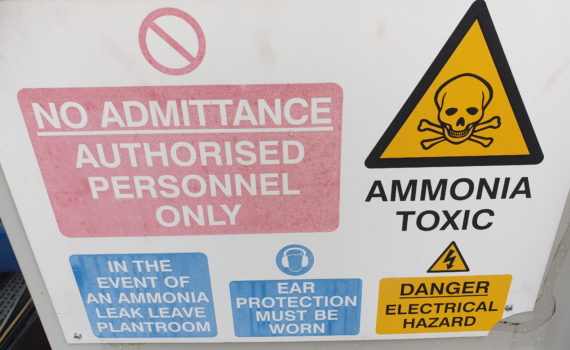 An industrial refrigeration oil visit was arranged because of an oil return issue. Several fans had been down on the air cooled system. This causes the system to unload so as to prevent a fault occurring. The lower mass flow rate of the refrigerant caused oil to migrate to the low side of the system. Several vessels are available with various forms oil return control. These vessels were valved off. A two man team with the correct ammonia PPE and breathing apparatus carried out the job

Not Enough Oil Recovered from the Industrial Refrigeration Plant

Only some of the oil was recovered from the industrial refrigeration plant. Therefore, the engineers decided to add new oil to get the system running. The only problem with doing this is that once running the machine, the oil has to be got back out. Therefore, the oil had to be adjusted a second time to resolve the oil return issue

For this visit, scaffolding had been erected in accordance with the Risk Assessment. The old fan decks were lifted out by the two man team. A really good team was sent out: one of the men was more technical and the other more mechanical- complementing each other with their different skill sets. The new fans were an updated version and the wiring was different. The fault link had to be adapted but the 0-10v input from the controller was the same. The controller reads the pressure from a transducer, then sends out a voltage which the fan turns into the corresponding speed

Testing of the Industrial Refrigeration System

The fault link had been correctly modified, so testing of the industrial refrigeration system was carried out. The machine loaded up to 62% and monitoring continued during the rest of the visit