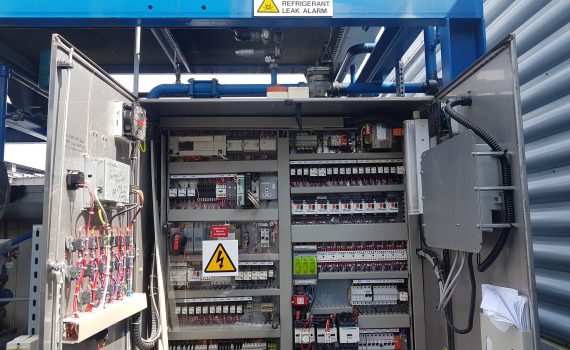 In this article a bespoke chiller with ammonia refrigerant is having troubleshooting carried out to identify the faults. Read below to have a look into the various issues that commonly occur on this machine…

There are times when this machine experiences a low load condition. This is because another chiller is also available as well as free cooling.

The BMS regulates the sequencing of the chillers, the pump sets, the water system valves and the free cooling. We found after troubleshooting that, especially in the winter, the BMS can be slow to react. This causes the chiller to continue running with low load.

During a low load condition, the compressor has been designed to run with the slide valve at 0% to prevent too many start ups. These start ups would cause a higher amount of electricity to be used because of the amps being drawn to get the compressor going. Although the compressor uses star/ delta contactors which are a soft start, the repeated starts would still draw a lot more amps. Therefore, the compressor continuing to run at 0% is a lot more efficient.

When this condition occurs, however, the oil pump continues to suck and then discharge the oil. Eventually, the level in the oil separator drops to below the oil level switch and the alarm is triggered. The photo shows this switch which is a float on a stem. The circuit is completed when the float is at the top of the stem. When the float slides down the stem- this triggers the alarm. 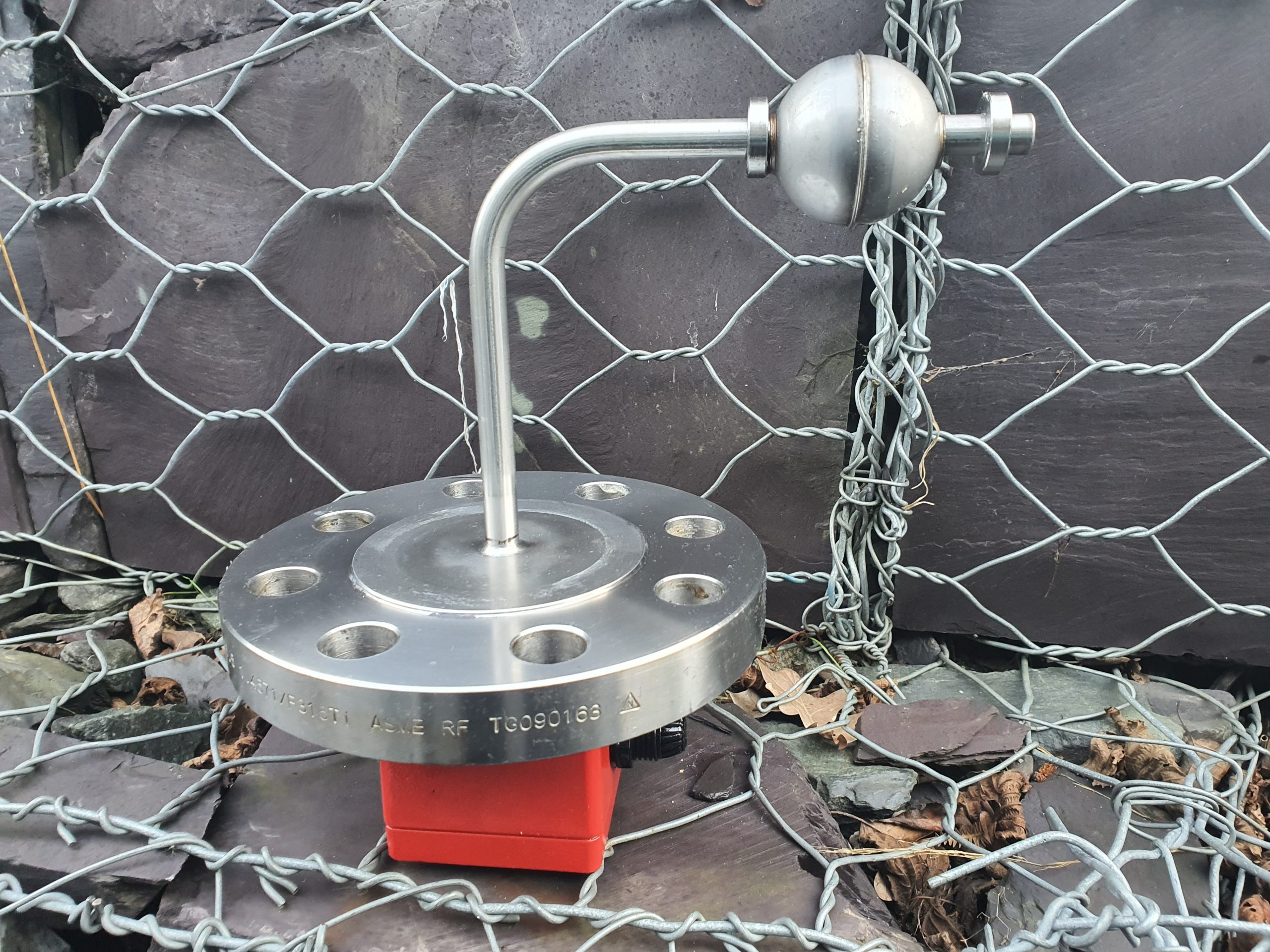 The switch protects the compressor

Specialist ammonia resistant personal protective equipment, or PPE is donned by our engineers. Then, ammonia grade oil is pumped in so as to complete the circuit of the switch. After a start up, the same amount of oil has to be taken back out at the other end of the system using the dead man’s valve. This is a valve on the bottom of the economizer which shuts by itself using a spring.

When removing the cover for the compressor enclosure, the discharge oil pipe can be seen going into the oil filter. An oil pressure transducer can be seen on the far side of the filter.

After the above troubleshooting, it was found that with this kind of system, the oil becomes contaminated with sludge and debris from around the system. Over time this builds up behind the oil filter and so causes the trip out.

The repair requires the oil filter to be valved off on either side. Then, full length PPE suitable for the handling of ammonia is required along with beathing apparatus. Each of our engineers carries a portable ammonia alarm and state of the art ammonia handling equipment. We also produce our own ammonia oil filters which we keep on the shelf at Head Office. Give our Technical Support Desk a bell for further assistance.

The compressor was valved off and our engineer donned the necessary PPE. The sensor stem was removed from the end of the spring which is attached to the slide valve. A lock nut is available to hold the stem at the required position. This was found to have vibrated loose and so causing the problem. The correct length was set on the stem and the lock nut was re tightened. After rebuilding the end of the compressor, the valves were opened and the compressor checked for leaks. Then, the system was run tested using the manual load and unload buttons on the controller. A good read back was recorded and the machine went into seamless operation.

This device is stand alone from the chiller and has its own uninterruptable power supply. This UPS is needed so that when there is a power failure to the building, the alarm would still function. There are 2 toxic gas sensors and 2 fire detectors fitted in different locations on the chiller.

When we took over the contract 5 years ago, the chiller had been in fault for some time with a leaking shaft seal. After troubleshooting the problem, we found that the small amount of ammonia leaking from the shaft seal and onto the sensor had knocked it out of calibration. This is because the sensor needs to be calibrated to a zero ammonia atmosphere as a reference point.

After changing the shaft seal, we decided to change all 4 of the sensors and plug the detection system into our laptop for calibration. The benchmark was set for each sensor, then each sensor was bump tested to the required parts per million of ammonia to ensure that the detector trips when it should. All read backs were found to be okay, so we completed the calibration certificate which the customer keeps in his chiller file.