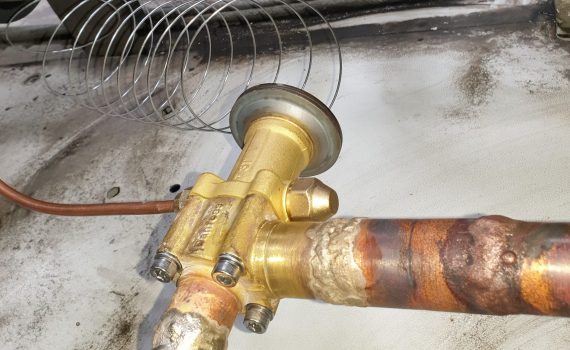 In this article we are going to explore: how do chillers work- expansion valves. They are also referred to as a metering device, as they control the flow of refrigerant into the evaporator. Read below for an insight into the 4 main types that are used on chillers…

This is a refrigerant control which uses a mechanical valve operated by a step motor. A step motor opens the valve according to the number of steps in between the closed and the open positions. This step motor is controlled by a program in the chiller controller…

The above algorithm is needed to decide the position of the step motor. A pre programmed amount of superheat (the temperature above saturation) is programmed into the controller. This prevents compressor failure due to liquid refrigerant slug back.

Because the above is controlled by a step motor and a microprocessor, the superheat is closely controlled to as low as 1°C. A low superheat value is one of the factors which contributes to a machine running more efficiently.

This is a very simple expansion valve. It is just a solenoid valve fitted into the liquid line which is operated by a solenoid coil. The control of this valve is very similar to the above. The difference is that the program works out how long to keep the valve open and how long to keep it shut. 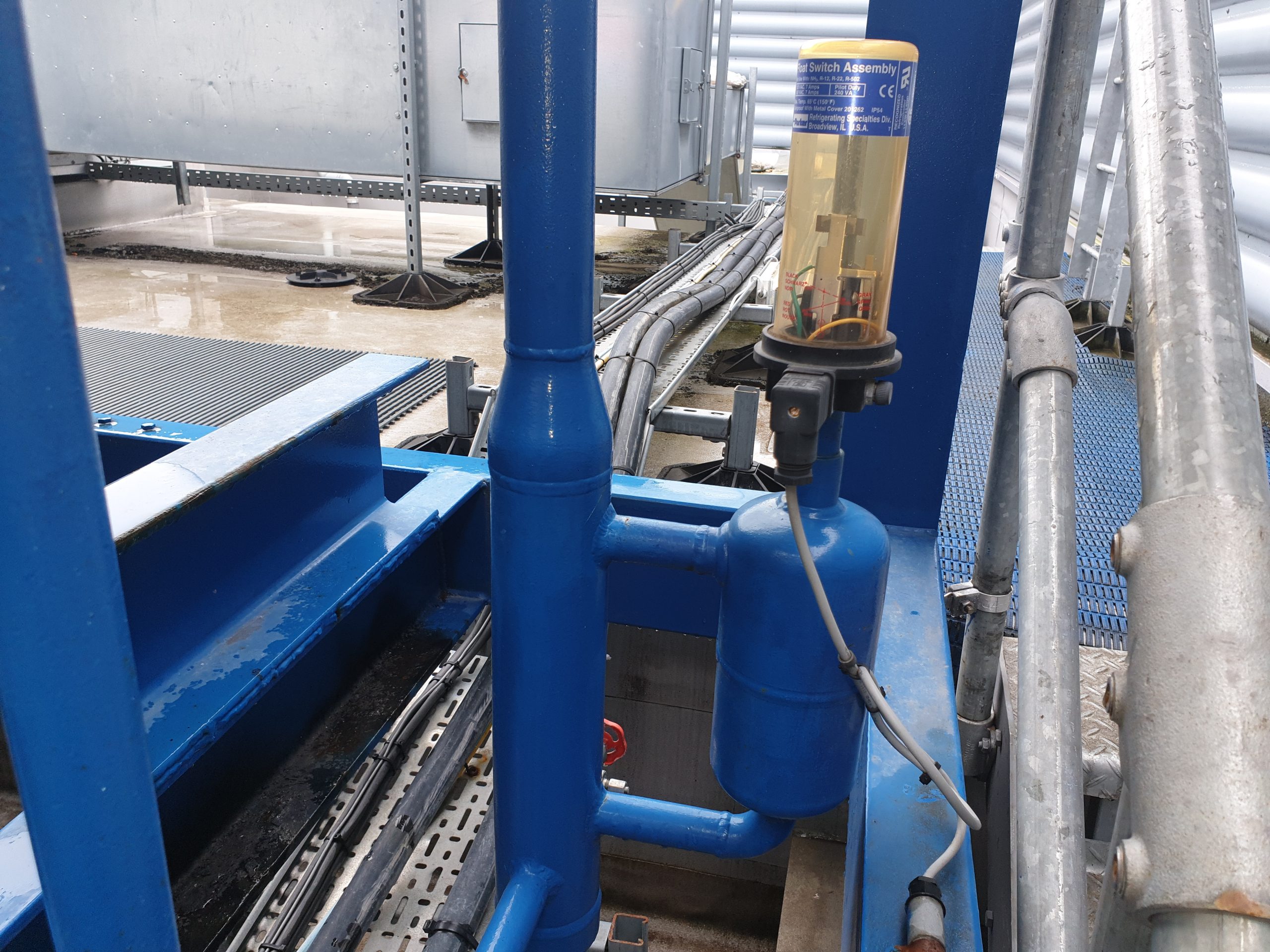 How do Chillers Work - High Side Float Expansion Valves

The photo shows this type of valve as used on an ammonia chiller. This kind of chiller is a flooded system where all of the refrigerant is stored in its liquid phase on the low side of the system. As load increases: more refrigerant boils off in the evaporator- it is sucked into the compressor- discharged into the condenser and then arrives as a liquid at the float valve. When the chamber in this valve fills, it lifts a float inside which is made of steel. The float operates a switch which sends volts to the liquid pipe solenoid valve. When this valve opens, it lets the liquid in the float chamber to pass into the evaporator. Having done this, the float drops back down and the valve closes again. The closing of the valve maintains the pressure difference between the high side and the low side of the system.

There are 4 forces acting on a TEV: the power element v spring and liquid line pressure v suction pressure. The expansion valve has been designed to balance these forces.

A bulb is fitted to the suction pipe near to the compressor. This bulb is charged with the same refrigerant that is running in the chiller system. It is connected to the power element using a capillary tube (photo at the top of the page) When the temperature rises in the evaporator, liquid refrigerant boils off in the bulb, this forces a diaphragm to open in the power element.

A needle located on the outside of this diaphragm pushes the spring down. This opens the expansion valve and lets more refrigerant through.

The liquid line is the inlet to the expansion valve and carries the refrigerant arriving from the condenser.

The pressure drop on the far side of the expansion valve is maintained by the sucking action of the compressor.

Some chillers, like laser chillers, require a very close control of setpoint. Sometimes the deadband can be as narrow as 0.2°C. If the compressor were to stop and start all the time to achieve this- it would fail very quickly. Therefore, a hot gas bypass can be used to allow the compressor to carry on running when the chiller achieves setpoint. A solenoid valve opens which allows the discharge hot gas to bypass the expansion valve and return to the suction. It can open and close as many times as needed to achieve a very close control, while at the same time allowing the compressor to run normally.

This is the term that describes that portion of the liquid refrigerant which, in any expansion valve, instantly evaporates after it passes through. When this happens, the absorption of latent heat cools the remaining liquid refrigerant in the evaporator to the required saturation temperature.

Related Articles:
How Do Chillers Work

How do Chillers Work? Compressors

Read more about thermostatic expansion valves at the Danfoss website